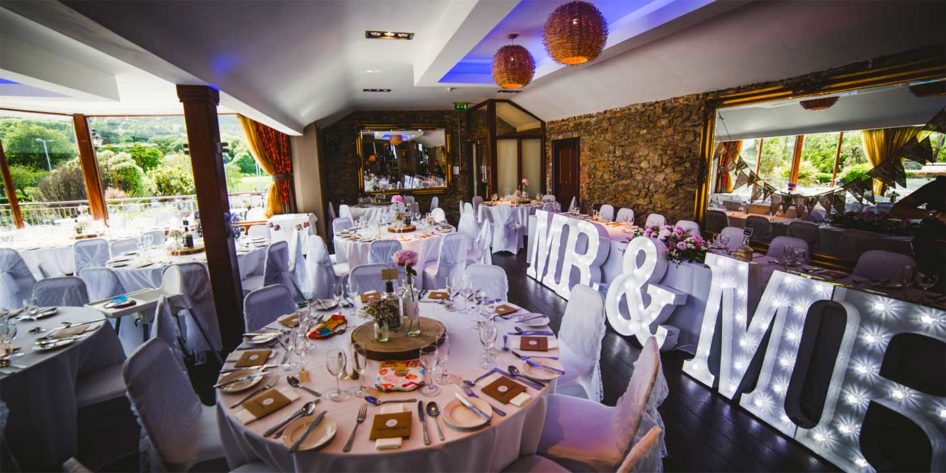 We were back on the road again last night, and made our way down to Newcastle: it’s a bit of a spin, but it’s a lovely town to play in!  Thanks to Laura and Lee for inviting us along to play at their wedding reception in Hugh McCann’s.  We’ve played in the venue plenty of times, but it was our first time playing upstairs in The Loft Suite, which is stunning!  It really is a great room for small to medium size crowds, and has a great atmosphere – plus fantastic views of The Mournes and Dundrum Bay! 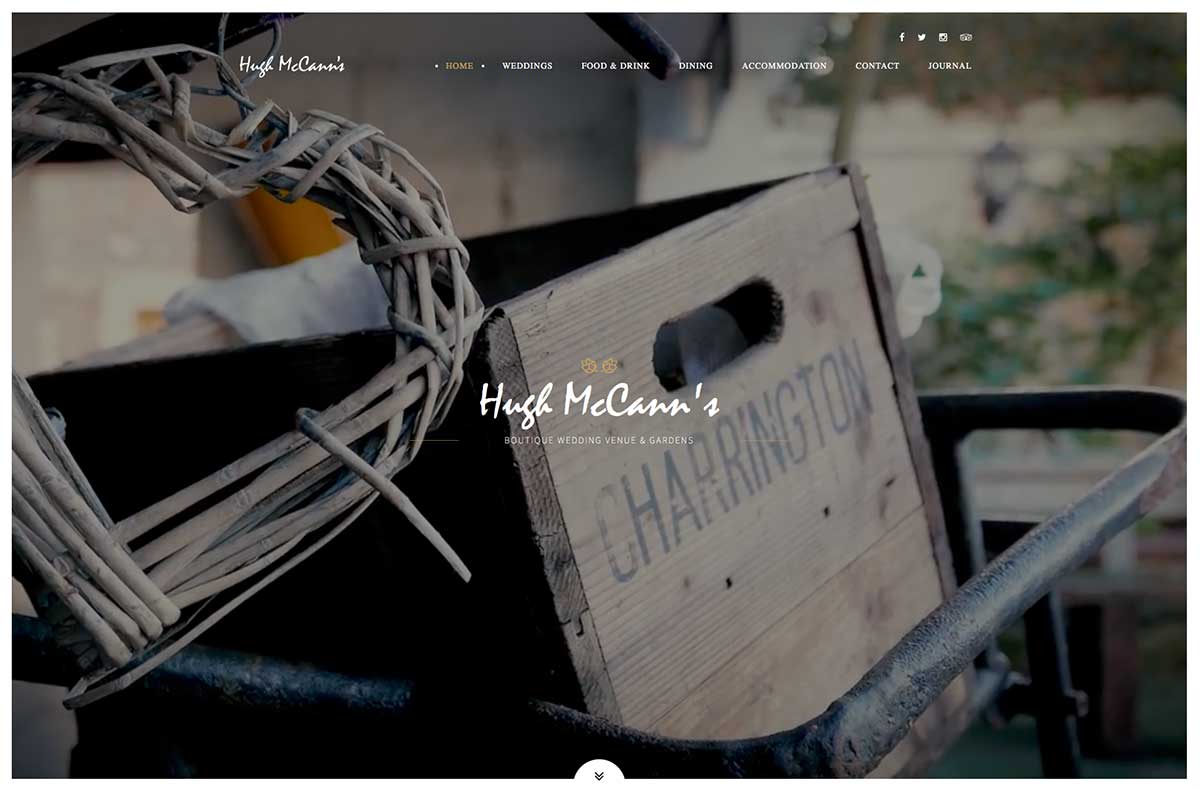 Laura’s sister Aaliyah kicked off the night for us with some amazing Irish dancing: what a great way to start the night!  She danced to two different tunes, which were both very different, but equally great!  After that we invited Laura and Lee to the dance floor for their first dance, which was Calum Scott and Leona Lewis’ brilliant ‘You are the reason’.  We opened the dance floor to the bridal party and everyone else after that, and had the floor filled by the second song! 🙂

They were a great dancing crowd, and lapped up everything we played for them!  Everything from The Galway Girl to Olly Murs’ Dance with me tonight.  We got Laura’s Dad Seamus to join her on the floor a bit later on, and played My Girl for them – a really fitting tune, and just not as cheesy as some Father/Daughter dances!  The disco went equally well, and we got the chance to rock things up a bit when we hit the stage again at 12:30 (not that we need much of an excuse!).  We played a few sing alongs, then ripped into Black Betty: which went down a storm! 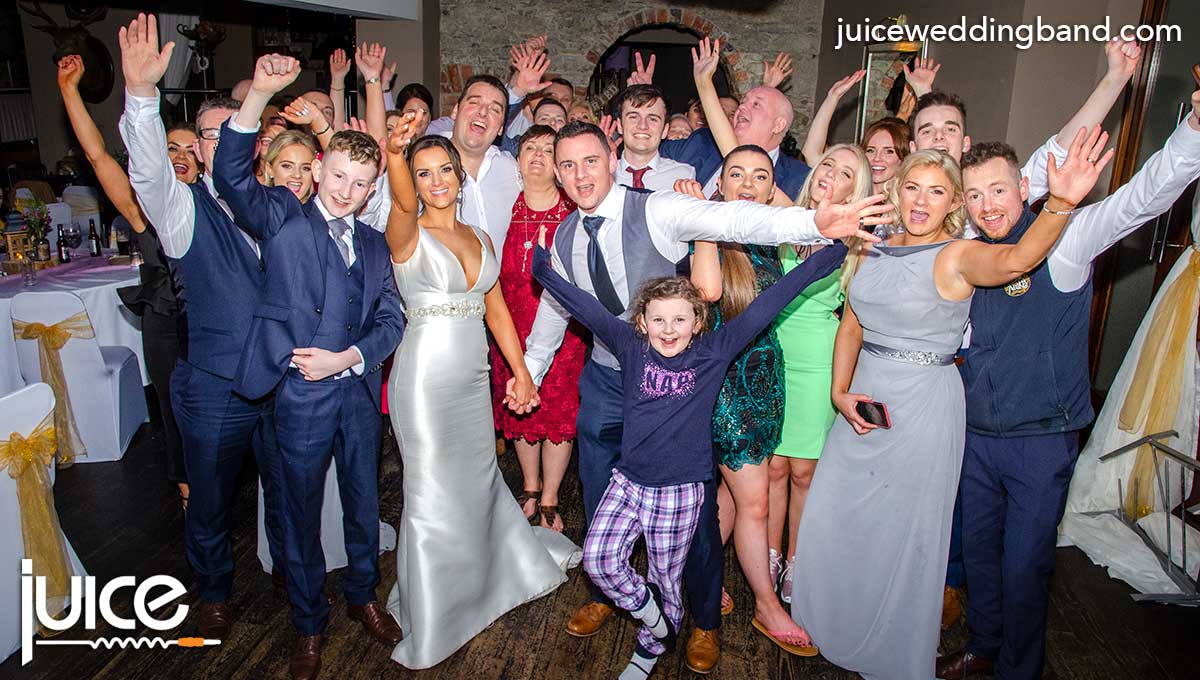 Thanks again to Laura and Lee for booking us to play at their wedding.  It was lovely to meet both of them and their kids, and even better to hear (at the end of the night) how much they had enjoyed themselves; plus how many great comments that they got from their guests about us! 🙂  We’ll sign off by wishing them well on their honeymoon: they’re going to Lanzarote, which should be fantastic!  Have a great time guys! 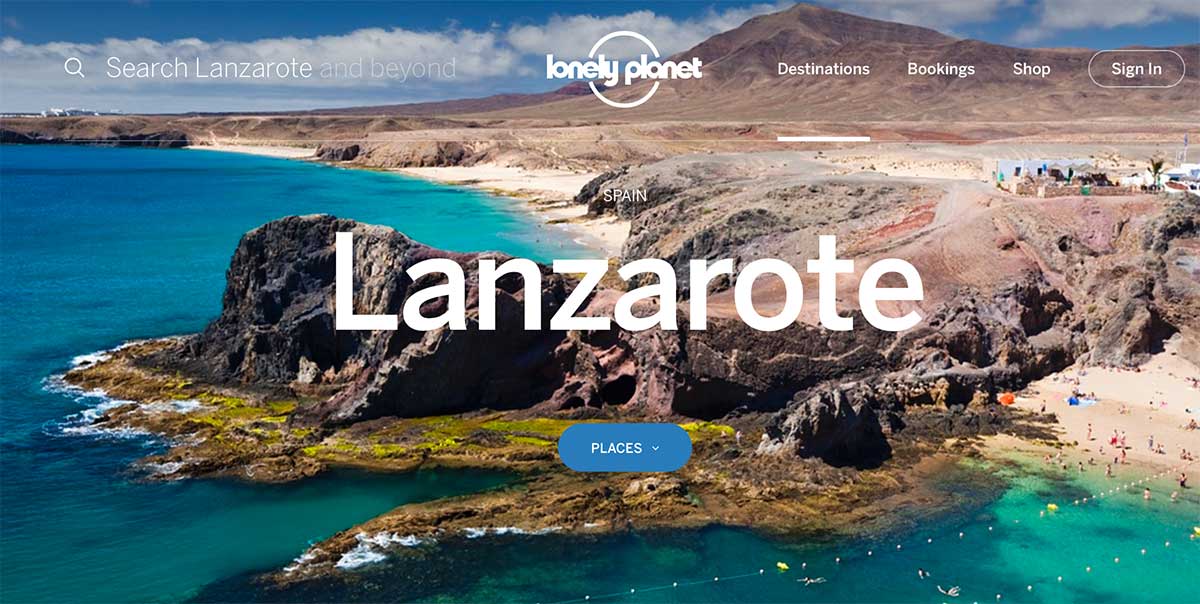