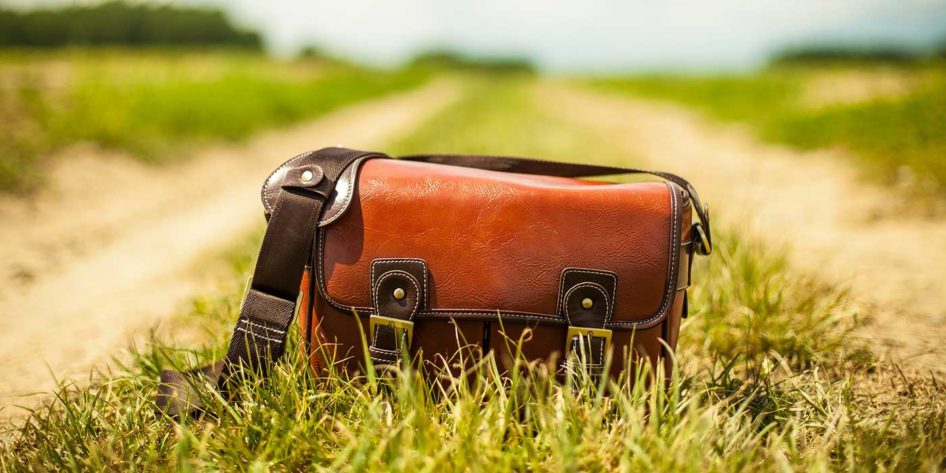 We were back in the wonderful Corick House yet again last night!  Thanks to Charlene and Galvin for inviting us along to play a few tunes at their wedding reception.  Cheryl and the rest of the staff were flat out when we arrived, but on the ball as usual!  They were able to get the stage area cleared for us pretty quickly, so we were able to get setup while the desserts were being served! 🙂 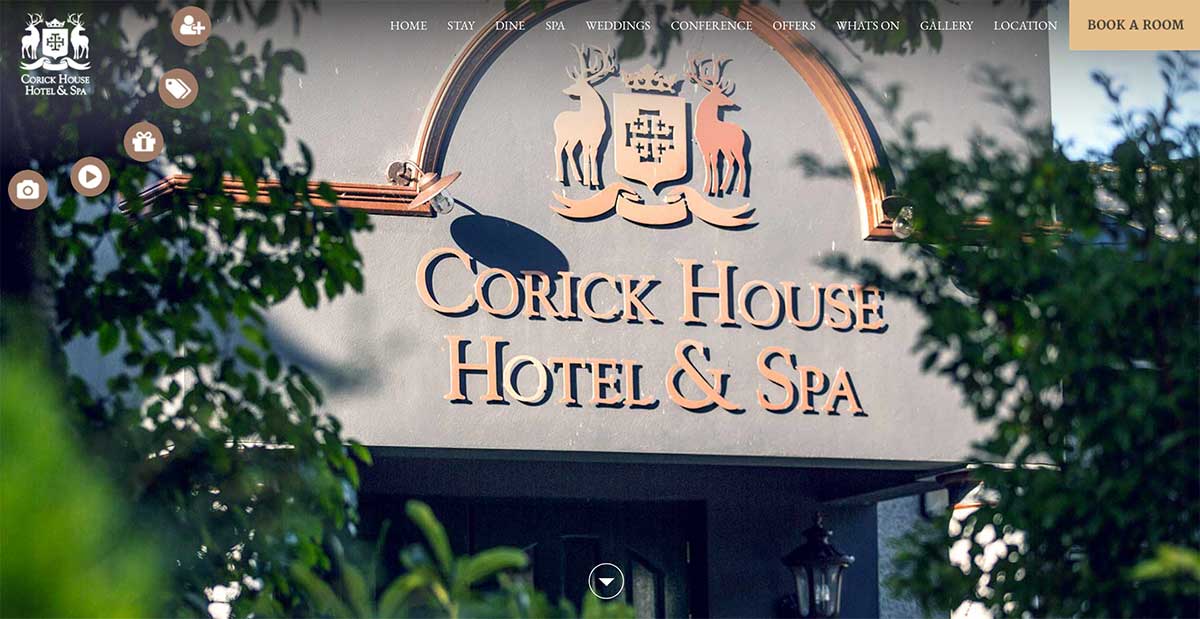 So, this blog title has nothing to do with yesterday’s Throwback Thursday one.  One of Charlene and Galbhan’s guests had made a fantastic slide show, which was played after the meal, and showed loads of memories for them over the years.  It was a lovely idea, and sorted our blog title too!

Normally we would have kicked things off after that, however local comedian / story teller Patsy O’Hagan was there to tell a few really funny stories first!  He’s always great craic, and was brilliant at warming the crowd up for us.  After that we kicked things off with our version of Kodaline’s ‘The One’ for Charlene and Galbhan’s first dance, and got the bridal party to join them half way through.

Things were running a wee bit behind schedule, so we wasted no time and sped things straight up with Shut Up and Dance, which filled the dance floor! 🙂  We followed that with George Ezra’s Paradise, and then changed the pace to play a few songs for the older ones.  It didn’t really matter what we were playing, as the crowd were great and young and old were dancing to everything we through at them!  We finished off at buffet time, and handed the reigns over to Dj Bosco, who has a fantastic setup and was doing a brilliant job when we left. 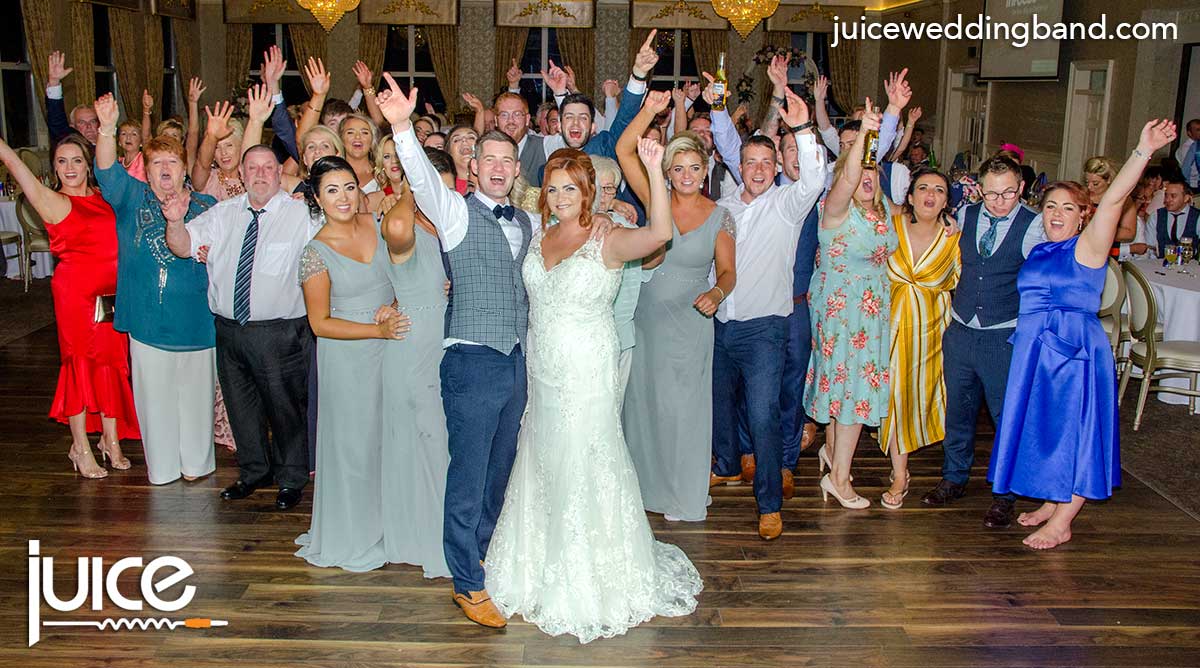 Thanks again to Charlene and Galbhan for booking us to play at their wedding reception.  It was great to meet yet another wedding couple, and it was an added bonus that a friend from another band (who is Charlene’s cousin) recommended us to them! 🙂  Finally, we’d like to wish them well on their honeymoon travels.  They have nothing booked yet, but are hoping to get away either in September or October.  Fingers crossed guys, have a great time wherever you go! 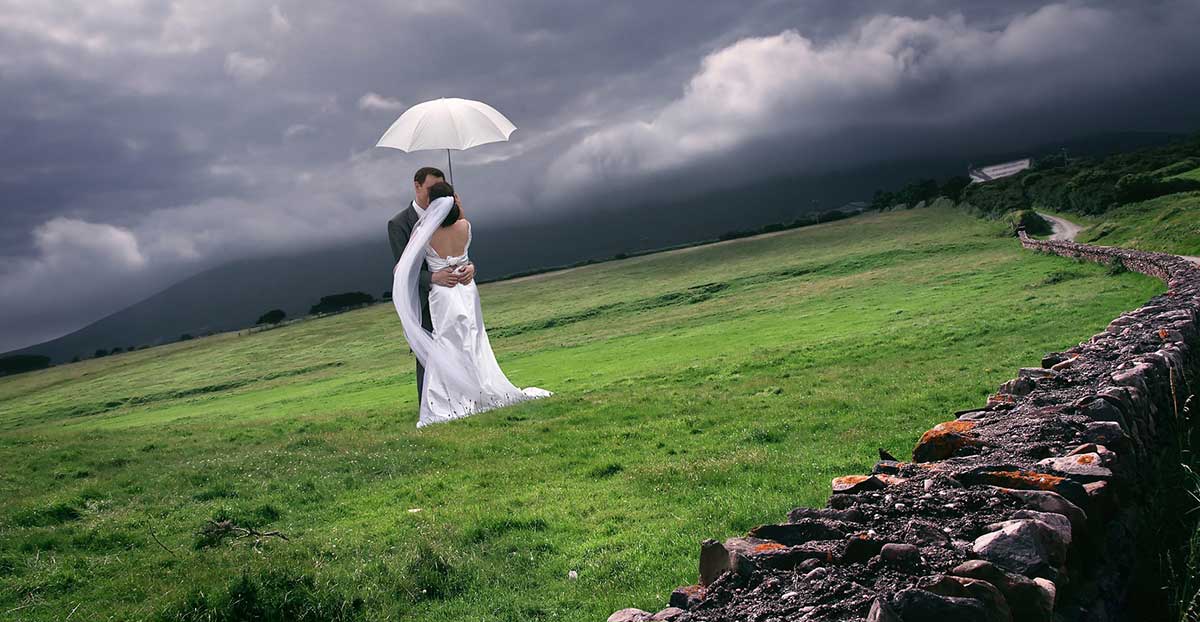