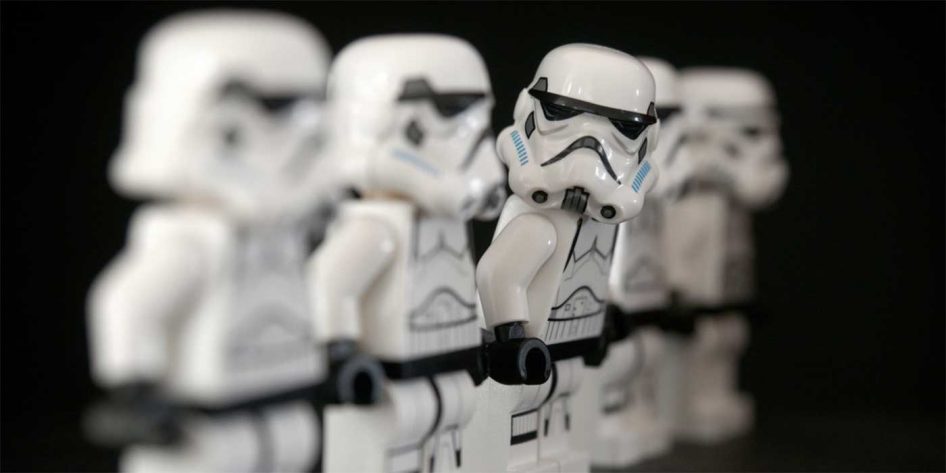 We were back in the Carrickdale Hotel and Spa at Denise and Colly’s wedding last night – thanks to both of them for inviting us along!  Not sure how they managed it, but they had great weather for their big day!  It was a lovely drive down, and the Carrickdale’s garden looked stunning as always!  You can see from the website screenshot below that they’re something else!  The Carrickdale has had their function room renovated since we were last there, and it’s looking great! There was only one title for this post!  We’re both Star Wars fans, so we thought we might as well give the annual Star Wars day a wee mention!  However, when you add in that all the guys in the bridal party had stormtrooper cufflinks, then there was no other choice for the title!

Denise and Colly had picked Grant Gustin’s ‘Running Home to You’ for their first dance, which is just a beautiful song.  After that we sped things up with our version of the Monkee’s ‘I’m a believer’, and invited the bridal party to join them.  We changed things up a bit, and opened the floor with Steelers Wheel’s ‘Stuck in the middle’, which filled the floor!  We quickly realised there were a load of rockers in 20 or 30 minutes later, as Slayer was shouted up when we asked for requests!  Unfortunately we don’t play any Slayer tunes, but when we offered to play Metallica instead a roar went up!  We mixed it up all night, and the place was buzzing! Thanks again to Denise and Colly for booking us to play at their wedding.  It was a great way to spend Star Wars day, and lovely to meet them both.  We would like to sign off by wishing them well on their honeymoon.  They’re going to Mallorca, which should be fantastic!  Have a great time guys!