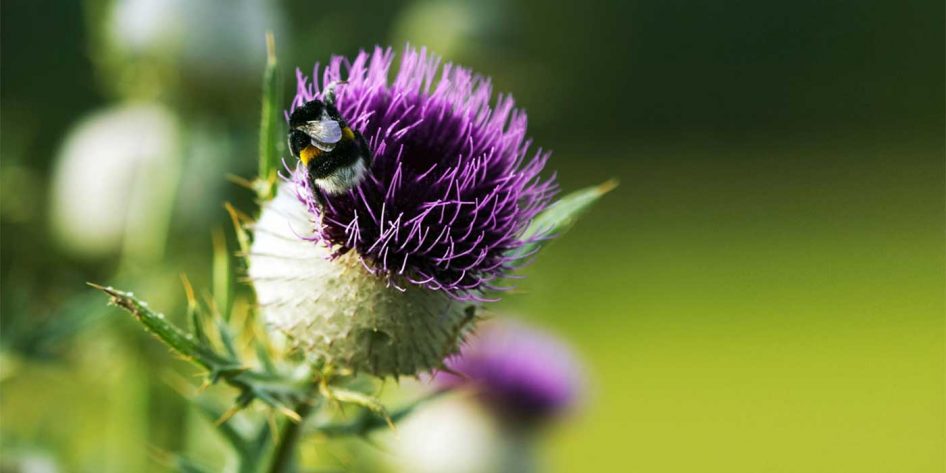 We finished our week in the stunning Larchfield Estate (just outside Lisburn) on Saturday.  Thanks to Leanne and Paul for inviting us along to join in with their wedding celebrations.  As expected, Larchfield was looking amazing!  Dressed to perfection, and oozing character – it’s every bit the dream wedding venue! We were stumped for our usual ‘different’ blog title until we heard that Leanne and Paul were going to Scotland!  So, Och Aye the Noo and a photo of a Scottish thistle was the best we could do!  Leanne and Paul had chosen Glen Hansard’s fantastic ‘Her Mercy’ for their first dance.  It was our first time hearing it – what a brilliant song!  We had the Father/Daughter dance and then the bridal party dance after.  So, three songs down, and we’re wondering what will happen when we speed things up?  We didn’t have to wonder for long, as the crowd filled the floor during the first song!  After that we had a great crowd on the floor all night – maybe not always full, but always loads of dancers! 🙂  They were definitely more of a ‘band’ crowd than a disco crowd – we still had loads of dancers during the disco, but the floor was stuffed when we hit the stage again at the end of the night! 🙂

Thanks again to Leanne and Paul for booking us to play at their wedding.  It was great to meet them both, and play a small part in their wedding plans.  We’ve no group photo for this post, as Leanne and Paul wanted to keep it private.  As mentioned above, they have a ‘mini moon’ planned to Scotland, and are also hoping to get away to South Africa next year!  There should be plenty to see and do in Scotland for now!  Have a great time guys!