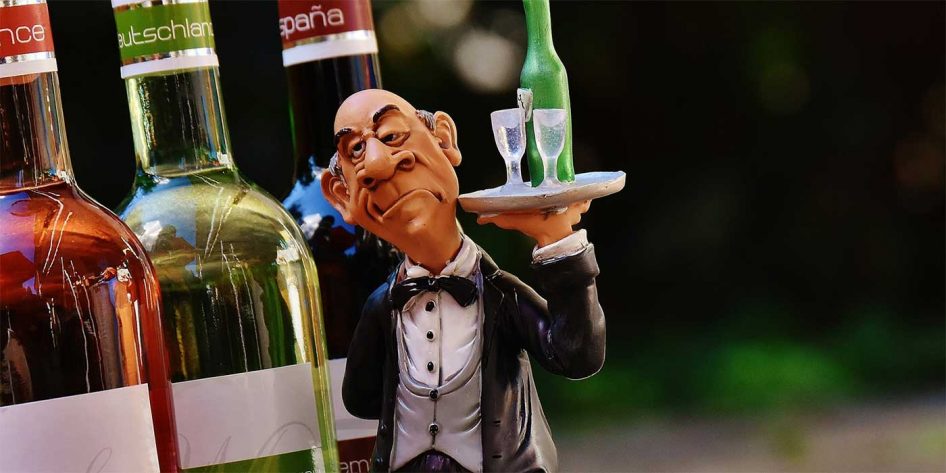 We finished our week by making our debut in the Strand Hotel in Ballyliffin in County Donegal. It was Nicole and Declan Óg’s wedding, so thanks to both of them for inviting us along to join in the celebrations. As mentioned, it was our first time in the hotel, and it’s always great to see a new venue, as we have played in so many and don’t see many new ones anymore! The view from the Strand’s function room is stunning – just look at the screenshot of their website below, and you’ll see what we mean!

Declan Óg inspired this unusual blog title! He is the restaurant manager at the brilliant Silverhill Restaurant in Walsh’s Hotel Maghera. So, we thought a catering themed blog title would be appropriate, and loved the funny pic above! It’s quite a while since we’ve been there, so we’ll definitely have to go back for a feed now!

Nicole and Declan Óg had picked Randy Travis’ ‘Forever and Ever Amen’ as their first dance. That went great, and we got the bridal party to join them half way through. After that, we sped things up a bit and the floor filled! 🙂 What a great crowd! There was the odd quiet song, but the floor stayed full right through until the buffet. The buffet food must have taken a while to settle, as the disco started our pretty quiet. However, once they got going the place was bouncing right through till 1:30am! Well, it was actually around 1:40, as we HAD to play two encores – they were one of the loudest crowds that we’ve had in a while, and when they’re cheering ‘We Love Juice’ it’s hard to say no! lol 😀 They were such a nice crowd, and there were so many people chatting to us at the end of the night that we didn’t get home until 5:15am!!! Thanks again to Nicole and Declan Óg for booking us to play at their wedding. It was great to meet them both, and their lovely son Caoimhín. As Caoimhín is just starting nursery, they don’t want to go on honeymoon at the minute. However, hopefully they’ll get away somewhere warm later in the year. Fingers crossed guys, have a great time wherever you go!