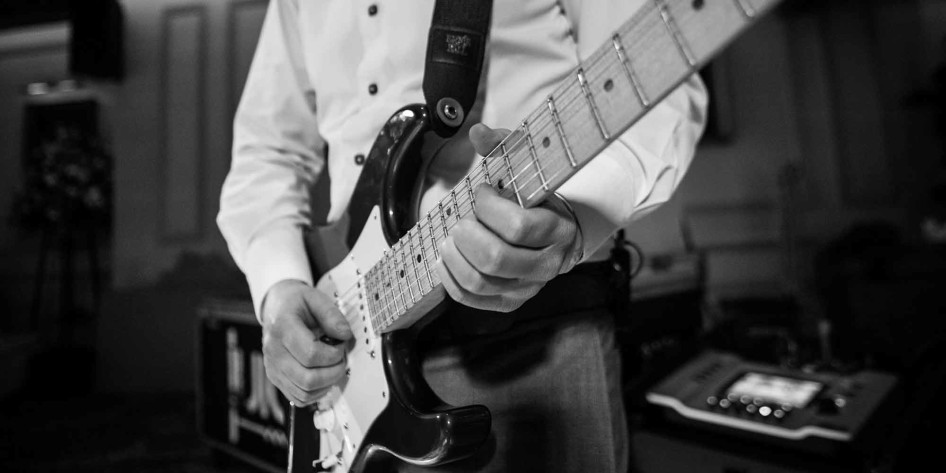 We were playing at Karen and Martin’s wedding on Saturday night – thanks to both of them for inviting us along. We also made our debut in the fantastic Radisson Blu Hotel in Letterkenny – in our opinion, definitely the nicest Letterkenny hotel that we’ve played in to date! Also, the staff couldn’t have been any friendlier! 🙂 As soon as we arrived, Jonathan directed us to the bar for a complimentary cup of tea and coffee each, while we waited on the wedding meal to finish – cheers Jonathan! We had some great Irish dancing by Martin’s nieces, and probably would have used a blog title relating to that. However, after playing three or four songs, the strap button (holder) on my guitar broke mid song, and I nearly dropped my guitar – so thankfully I was holding on tight! 🙁 We had a great dancing crowd on the floor at the time, so we couldn’t stop! So, Brendan went and got a chair for me, and I sat down for the next half a dozen songs! lol Thankfully the girls were cued up to dance, and that short break allowed me time to get the strap button replaced, and back on my feet!

Karen and Martin had chosen Kodaline’s ‘The One’ as their first dance, and once we finished that we sped things up straight away. It’s always great to see the floor fill straight away, and that’s what happened! 🙂 Karen had asked for some jives and waltzes to start things off, and they went down the treat. After Martin’s nieces finished their brilliant Irish dancing (and after I’d replaced my strap button!), we brought things up to date with some Ed Sheeran, and that filled the floor too, and that was how things stayed until the buffet. The disco wasn’t always just as lively at the start, however there so many requests, it was impossible to keep everyone dancing all the time, and things really livened up well again as the night went on! All in all it was a great night, so thanks to the crowd for keeping the floor buzzing! Thanks again to Karen and Martin for booking us to play at their wedding. It was great to meet both of them, and hear all about their honeymoon plans. They’re going to France, which should be fantastic at this time of year – have a great time guys!