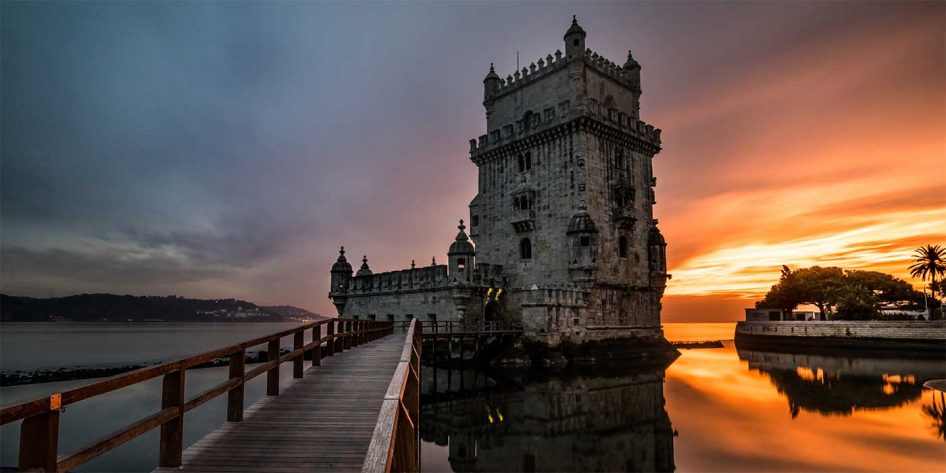 We played at our first wedding of the week in the beautiful La Mon Hotel and Country Club last night – thanks to Stacey and Alan for inviting us along to play a few tunes! La Mon was looking great as usual, plus Stacey and Alan had hired in a load of drapes and an LED dance floor, which added a brilliant finishing touch to the function room. Heather and the staff had everything running smoothly as expected, and we weren’t waiting long until the stage area was cleared.

We couldn’t think of anything for this blog title until Stacey and Alan told us they were going to Portugal on honeymoon. So, just in case you’re wondering, ‘Casado agora mesmo’ means ‘Just married’ in Portuguese! The header pic is a photo of the beautiful Belém Tower, which is near Lisbon.

Stacey had asked us a few months ago if we could play Ed Sheeran’s ‘Perfect’ for the first dance, so we learnt it, and have been playing it for the past five or six weeks. Obviously we started with that, and got the bridal party on half way through. After that, we sped things up with the Galway Girl, which was a special request for Alan. That got a good group of dancers on the floor, and thankfully the floor was buzzing for most of the songs that we played 🙂 We finished off with the group photo just before the buffet, then handed the reigns over to DJ Alan (not the groom! lol), who also had the floor buzzing when we left. Thanks again to Stacey and Alan for booking us to play at their wedding. It was great to be there, and lovely to meet them and their three lovely kids! The kids had plenty of energy, as they never stopped dancing all night! 🙂 Finally, we’d like to wish them well on their honeymoon. As mentioned above, they’re going to Portugal, which should be fantastic! Have a great time guys!