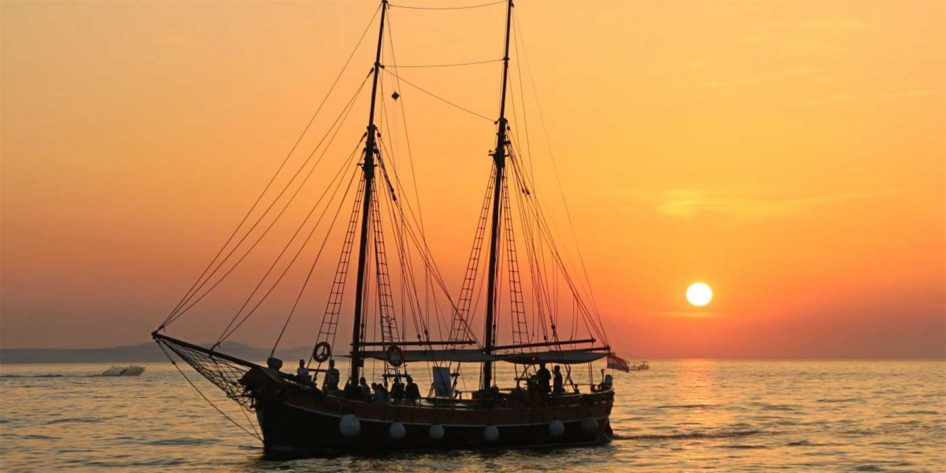 We played our second of this week’s weddings in the beautiful Killyhevlin Lakeside Hotel in Enniskillen last night. Thanks to Tina and Damien for inviting us along. The Killy is one of the few venues with a curtained off stage, so we were able to setup while the meal and speeches were finishing. This obviously helps speed things up if proceedings are running late. However, the hotel had everything running bang on time anyway, as the room was turned round ahead of schedule!

We had a guest singer sing the first dance, and she inspired this blog title. Tina asked her cousin Nuala to sing Christy Moore’s ‘The Voyage’, which she obviously did! She sang it really well, so we thought it would make a good blog title!

After Nuala’s great start, it didn’t take long to get a good crowd on the floor. Tina had asked us to start with some jives and waltzes, and these went down a treat! As usual, we changed things up after a while to test the water, and had to take a few goes to get the crowd sussed again! However, it didn’t take long, and things were going great until the buffet. Once the buffet food settled, the place was bouncing during the disco to a load of old club classics, and stayed that way until the last song – cheers guys! They definitely were a lively bunch, so there was no chance of us getting out of there without playing an encore – however, there’s worse problems to have!! 🙂

Thanks again to Tina and Damien for booking us to play at their wedding. It was great to meet them both, and hear all about Damien’s days when he was on the DJ circuit! They have a dream honeymoon planned, as they’re going to stunning Bali next week (via Kuala Lumpur)! Pop onto Lonely Planet and you’ll see how amazing Bali looks – have a great time guys!